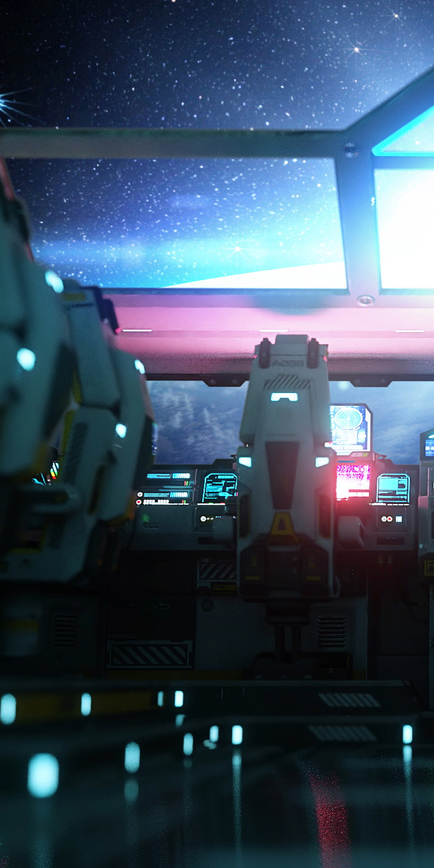 What efforts must be made to create a safe environment for all our space endeavors?


The final frontier or the breathtaking abode of black holes, supernovas and the ultimate unknown, space has arrested human imagination for millenia. As we make headway into space, our endeavors are increasingly marked by the drive to make exploration as safe as possible. This sometimes fails to account for the fact that space travel has inherent dangers stemming from the complex interplay of technological failures, human factors and poor preparedness which can all lead to an undesirable loss of life. As the echoes of near-misses and disasters such as Apollo 13 and Challenger STS-51-L still haunt space exploration, the rise of commercial spaceflight underlines the necessity for us to step up our efforts at making these ventures occur in an environment which minimizes risk and makes costly incidents a thing of the past.

Space is a hostile environment in the context of our human biological frailty, but our awareness of this is one of the best weapons we have, in addition to one which has marked all of our exploratory ventures so far; our ability to adapt. Not so long ago, the Earth itself, particularly its oceans, drew as much awe and fear as space does today. Yet, we stopped at nothing in our attempts to chart every corner of it. This occurred even though, in hindsight, we know that our approach to safety was rudimentary.

As our practices and technologies evolved, safety management in space became an interdisciplinary effort which uses the best of our capabilities to prevent incidents, injuries, illness and equipment damage. The space around Earth itself is quickly becoming crowded, with the primary stakeholders now being the government, private spaceflight/exploration investors and the most exposed: astronaut crews and space tourists. If we are to make space travel a safer endeavor, we must encourage all of them to work together.

No Place for Regulatory Event Horizon

Regulations on space travel already dedicate many paragraphs and pages to safety. Yet, they struggle to keep pace with fast-changing technology that is constantly breaking new frontiers. As humanity’s gaze is increasingly fixed on Mars, for example, medical experts are now voicing their concerns that long-time space travel will hardly become a reality unless we make our safety regulations tighter and free of loopholes. Existing regulations must be updated in line with our current level of knowledge about the effects of long-term exposure to radiation, for example. Organizations such as NASA and the ISA can assume an impartial, key role here, with rising concerns that liberalization of health and safety standards, intended to provide commercial space travel providers with additional incentive, will prove to be both an unethical and an unsafe endeavor.

"In general, if the rules apply to how we drive a car or walk on a road, we need them in space.
- Dr. Brad Tucker, Astrophysicist and Cosmologist at Mt. Stromlo Observatory

One option may be to develop and extend regulations that place the onus on all parties engaged in space travel to report and manage safety observations and near misses, as well as identify hazards and manage risks. This effort will lead to the creation of boundless data, pooled from various sources and covering many aspects of space development, exploration and support, both on and off-planet. As the number of space travelers has historically risen slowly (currently standing at around 500), the pooling of all available data on medical and biological parameters related to the impact of spaceflights and weightlessness on the human body will be a primary tool in making space a more hospitable environment.

Navigating the Sea of Debris

If we treat space as a necessary step in humanity’s quest for knowledge, determining the safe limits for both human operators and equipment in space remains a top priority. Not all of the risks associated with spaceflight are inherently natural in origin, as our early efforts at exploring space and the resulting ocean of debris have made it a less safe environment. According to NASA, this space flotsam includes more than 500,000 pieces larger than a marble, with speeds of up to 28,000 kilometers per hour, which can be harmful to both space crafts and the people they carry. What we need to do, if we are to escape the hug of gravity in the first place, is to stay vigilant when it comes to the movement of this artificially created obstacle to space exploration.

"Strive to make everything detectable = trackable," says Dr. Moriba Jah, Associate Professor of Aerospace Engineering and Engineering Mechanics at the University of Texas at Austin. He points to the need to "derive orbital safety, space traffic, long-term sustainability products, and policies informed by evidence-based information and science." To ensure the avoidance of collisions, limit the congestion of orbit and reduce the overall risks that debris poses to spacecraft, tracking of these objects must rely on a planet-wide effort since it is so technically demanding. Both national space exploration bodies and private enterprise need to enter public-private partnerships to use their data gathering, optical and radar-based technologies to provide space-faring parties with data necessary for tracking debris and preparing adequate evasive maneuvers.

If we are to make space travel safer, international or even supranational coordination is necessary, which will allow for the geosynchronization of data on the positioning of dangerous objects. For this is to be executed seamlessly, in real time, and with access to a constantly updated database, Dr. Jah believes that it is important to “create an international partnership with a common data lake, transparency, lingua-franca for fusing, managing, and exploiting space traffic data.”

This may mean opening up the Outer Space Treaty (1967) as well as other agreements, and devising an international regulatory framework on the management of all aspects of space traffic, ranging from pre-launch notification systems, evasive procedures, regulations on flights which include transport of human passengers, all the way to requests for reentry and mitigating risks relating to debris itself. Despite technological differences, it is both desirable and possible to establish global regulations which will standardize the fundamentals of countdown procedures, pre-start checks of spacecraft and emergency management.

"We need to make sure our launches are as safe as possible - that means well tested, but also re-usable parts. It also means satellites have a clear plan to be re-entered and burned up completely," says Dr. Brad Tucker, Astrophysicist and Cosmologist at Mt. Stromlo Observatory. “It also means that we need great communication between groups to avoid issues. In general, if the rules apply to how we drive a car or walk on a road, we need them in space.” While these may differ in all the technical details, having a unified methodology is what will make space a more manageable environment for human transport.

Until this becomes mainstream, can insurance policies act as a mechanism for regulating and managing at least some of space-faring related risks? Some are convinced that it will go beyond that. As commercial space travel becomes increasingly economically attractive, insurance providers will have to create commercial premiums that take into account specific challenges of space as an environment for ensuring human safety. Re-entries and trips to the atmosphere alone can be demanding and stressful affairs, particularly for persons who do not have a professional or technical background. To make this easier, there is an ongoing effort aimed at transferring some of the Space Situational Awareness (SSA) activities from defense institutions to civil bodies, such as the US Federal Aviation Administration, with a tendency to do the same at an international level.

A few years after German insurance giant Allianz offered its space travel insurance, the VSS Enterprise accident occurred, prompting insurance companies to tread these waters more carefully. They have placed particular focus on gathering enough statistical data to conduct actuarial insurance policy analysis. Room for uncertainty in this regard is now surely reduced, so every risk assessment needs to take place with a focus on risk mitigation instead of aversion.

"Space activities - like all human activities - need to be conducted with a measured awareness and mitigation of risk rather than an unreasonable demand for perfect safety," says Josh Richards, Mars One Astronaut Candidate, Author, and Industry Consultant. “While efforts should be made to reduce risk at every opportunity, many space activities of the last four decades have been significantly hampered by a prevailing attitude of risk aversion rather than mitigation, most notably in human spaceflight. Rather than continuing an industry attitude of demanding perfection in safety, that's later followed by disbelief and recrimination when an accident inevitably does occur, I believe the best way to create a safe environment in future space endeavors is to acknowledge that space activities carry an innate level of risk no matter the engineering controls or crew training, and to adopt the approach used in the oil, gas and mining industries of transparently acknowledging risk while continuously assessing and mitigating it.”

Where To From Here?

The challenge of making space a completely safe environment for human travel and exploration may be a fool’s errand, but only if we continue to focus our efforts on making space itself a more welcoming place for our frail bodies. Instead, we should focus on making space endeavors themselves safer, be those leisure flights, scientific or economic exploration. We cannot escape the limits of our biology, so space should be recognized as an environment which carries its specific safety-related challenges, with the focus shifted to making the accompanying risks as small as possible with the help of technology and science. Combining this with an awareness that we will scarcely move from our planet without coordinated regulation of space travel safety standards, and open standards for data sharing, will make us more ready to go towards and beyond the stars, with the dedication equaling that of the seafarers and continental explorers of a bygone age.